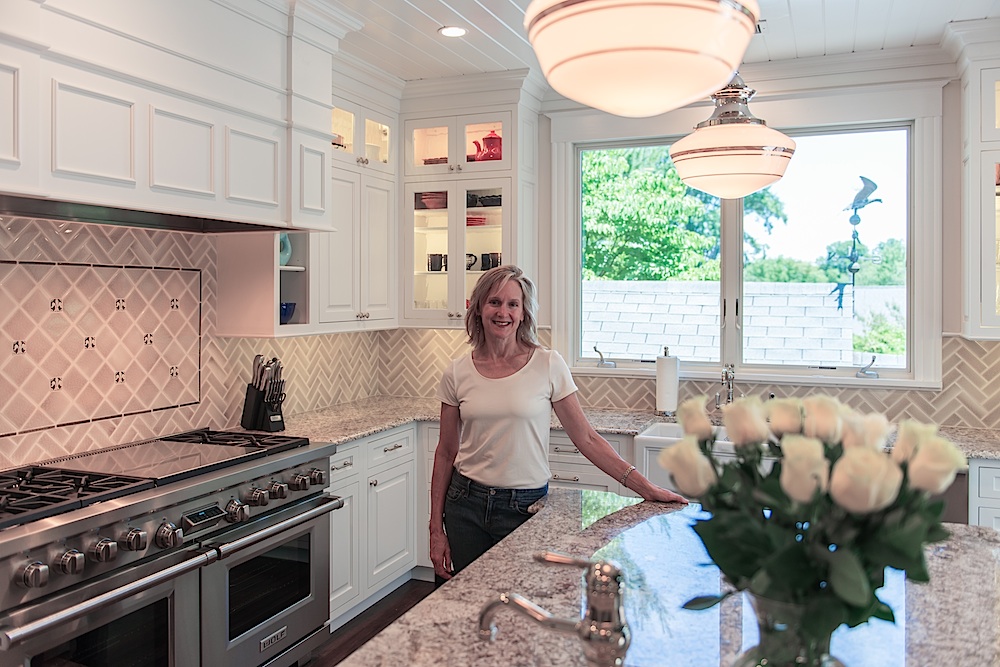 Getting to Know Paul, Tom and Their “New” Old Home

Last January 2014 (just before we had that wicked polar vortex descend upon us), I was asked by Commonwealth Restorations to contact Paul and Tom about their kitchen remodel. They had just purchased a neglected Tudor home (circa 1904) in North Arlington.

My meeting with Paul, on a sunny brisk day a few days later, revealed a house possessing tremendous character: tall ceilings, unique moldings, wainscot panels on the walls, and the little quirky parts of the home that cannot be easily replicated. The entire home, including the kitchen, required restorative work to make it livable by today’s standards.

When I spoke with Tom and Paul on the phone a few days later, they told me the story about their decision to purchase the home. Paul said: “When I told Tom there was a house to look at on Glebe, he said he wasn’t going to live on that street. However, on first sight while standing in the rear garden, Tom said he wanted to buy the house having not even seen the inside.”

Obviously, the key ingredient for Tom was the mature and very carefully crafted backyard garden whose elements and style made one feel, while standing there, that one was in Old World Europe one hundred years earlier.

Unfortunately, unlike the garden, the existing kitchen lacked any style at all. It was dark with wood paneling. The floor was “busy”– laid with linoleum. The cabinets were an off white laminate. The appliances were white. A bit of a dichotomy in comparison to the garden’s class and sophistication. In spite of its flaws, this “bad” kitchen had its good points. A saving grace was its fairly large rectangular footprint and access to the backyard garden. For this second reason, Paul and Tom stressed the importance of a beautiful kitchen which shared easy access to the garden below.

The actual kitchen demolition work commenced in February. Paul, Tom and I met several times to discuss conceptual ideas. Because the kitchen footprint was longer than it was wide, and one of the walls would house a sliding glass door onto the deck above the garden, we agreed on an L-shape perimeter footprint for the main working parts of the space. A 48” Thermador refrigerator and 48” Wolf range took up some “real estate ” on the longest part of the “L”. Regarding cabinetry, Tom and Paul weren’t familiar with flush inset framed construction. Upon my recommendation, and to further enhance the period of the house’s style, we agreed this was the way to go with a Sherwin Williams paint “Snowbound”. The overall goal of increasing natural light in the kitchen was paramount, thus the plan included a large picture window. This would become the “anchor” for the main cleanup sink. The island would offer a prep sink across from the cooktop and near the fridge allowing efficient food prep without creating additional traffic at the clean up sink. Initially, seating on one side of the long island was part of the plan. Further discussion created concerns as, due to the length of the island, such a layout would contribute to an unfavorable “cafeteria” feeling. I suggested creating an “L-shape” seating plan on the end closest to the refrigerator. Paul took this a step further by allowing the side opposite the fridge to be open as well to accommodate three or more people if they needed seating for informal gatherings. The stool on the refrigerator side could be easily tucked underneath that side without interference at other times.

Rohl sinks and polished-nickel faucets were mainstays for this kitchen, along with matching decorative cabinet hardware from Hardware Restorations. The floors, which were antique heart pine, were too red for Tom’s taste. The desire for darker floors seemed natural for this house—the floors were stained a dark brown. Tile was selected in crackle porcelain finish—in Champagne and Cocoa colors hue to pick up these element in the granite tops.

Because we had a great team — meaning client, contractor, and kitchen designer — we completed the house by Memorial Day weekend. Paul and Tom continue to email me and let me know how happy they are with their kitchen. Following a work assignment of two years overseas, we began living in our friends’ home last September while they were away for ten months. Their own home was expertly renovated by Commonwealth Restorations. When Paul and I bought our 110 year old home in December, we knew Commonwealth was a firm we should consider. Commonwealth’s owner Bob Strunk took on the renovation project for our home and from the outset, he suggested we would want to work with Sandra Brannock of Expert Kitchen Designs.

Paul and I had gone through many books and visited several kitchen design locations and were overwhelmed by the choices and the “cookie cutter” approach the designers offered us. We were renovating a historic property and wanted all of our ultimate selections to be integrated and cohesive in their entirety. While there were many nice components available at the design centers, it was an overwhelming decision process to achieve the “total fit” without the assistance of someone who could offer us a great deal of informed guidance. We quickly realized we needed such a knowledgeable guide who could work with us very closely throughout the entire kitchen design process.

Sandra’s first visit occurred at our house and she quickly grasped the basics of what we hoped to achieve. The size of our planned kitchen was large and Sandra guided us to the best design and function attributes from a broad perspective. She helped us to maintain proportionality so that “less really is more”.

Sandra also “spoke” the contractor’s language so it was no surprise to us that Bob had strongly suggested we use her. We learned to appreciate very much the importance of her knowledge of a contractor’s perspective. As a result, she anticipated and helped to forestall many issues before they became problems as she worked very harmoniously with Bob and his subcontractors.

Sandra guided us through the entire decision process and met with us at multiple distributors to have us see and feel the products we were deciding upon. She brought a great deal of intuitive insight to the process and worked extensively with Paul and I to bridge our often different goals.

Once the general layout, cabinets, and appliance decisions were made she developed very detailed and precise schematics. These went through several iterations and served several purposes. Sandra incorporated exact dimensions into the schematics and thereby “translated” our plans into the right language that the contractors could understand. Plus, the schematics gave us visuals into what our individual choices would look like when all combined into one cohesive product.

We would refer Sandra to anyone facing a kitchen redesign project. She was always available for to answer questions and to give gentle guidance for grey areas. She helped us make the right decisions and to pull together our dream kitchen. Sandra:

We had gone through many books on our own to establish styles and concepts we both liked, but pulling those into a cohesive whole would have been very difficult on our own.

We visited several kitchen design centers where a cookie cutter approach was offered to us, which wouldn’t have amounted to much in the way of a cohesive finished product.

Sandra offered gentle guidance to steer us away from ideas that were either too big or otherwise not really good for our home. She has extensive design talent and architectural knowledge.

She asked the right questions to get us to identify our likes and dislikes and our goals. She then refined these into a workable and cohesive whole through an iterative process.

She was cognizant of the perspectives of contractors and anticipated issues that might arise. She went to bat for us as needed.

She meticulously assessed the ultimate kitchen appliance choices we made for functionality and suitability and then assessed them for their physical fit into the planned layout. She informed us where we would have to adapt space configurations, and she developed beautiful schematics that enabled us to visualize the finished kitchen in its entirety.

All decisions were made with space considerations in mind.

She quickly returned our calls and responded to our messages. She was a delight to wrk with throughout the process.

She is proud and knowledgable of her work and it shows in the beauty and integrity of our kitchen.

The size of our kitchen impresses on its own, but Sandra’s assistance in guiding us to suitable design features helped us to keep from choices that would have overwhelmed and exaggerated the space to the detriment of the overall effect.

She focuses on proportionality in her design which is very important. Less is more. Sandra Brannock designs beautiful, timeless, functional kitchens that reflect your personal style, within your budget. She helps discerning homeowners throughout Northern and Central Virginia, Maryland and Washington DC get the kitchen of their dreams and select the perfect cabinetry, fixtures, flooring, lighting, and appliances to make their dream kitchen a reality. 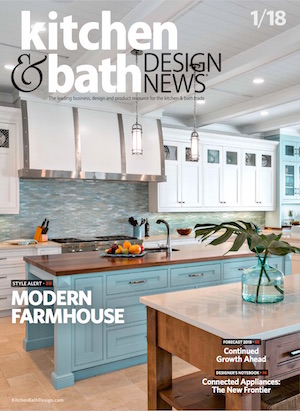 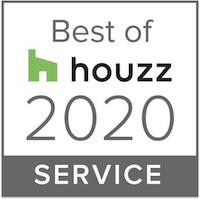 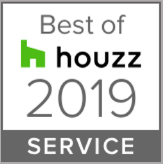 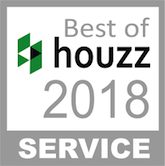 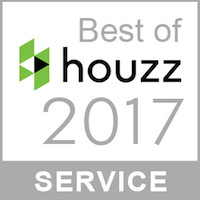 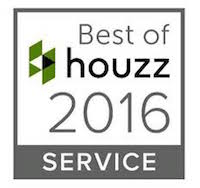 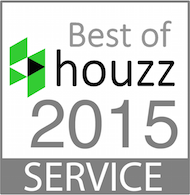